The Center for Youth Employment in Druskininkai hosted the awarding ceremony for the filmmakers of the documentary “Endless Corridor” with the highest award of the International Eurasia Press Fund “Karabakh” and the first film screening in the South of Lithuania.

Producer and film director Alexander Brokas,main character of the film Richardas Lapaitis, the organizers of the event, invited guests, journalists, and students, in general, about 100 people took part in the event. 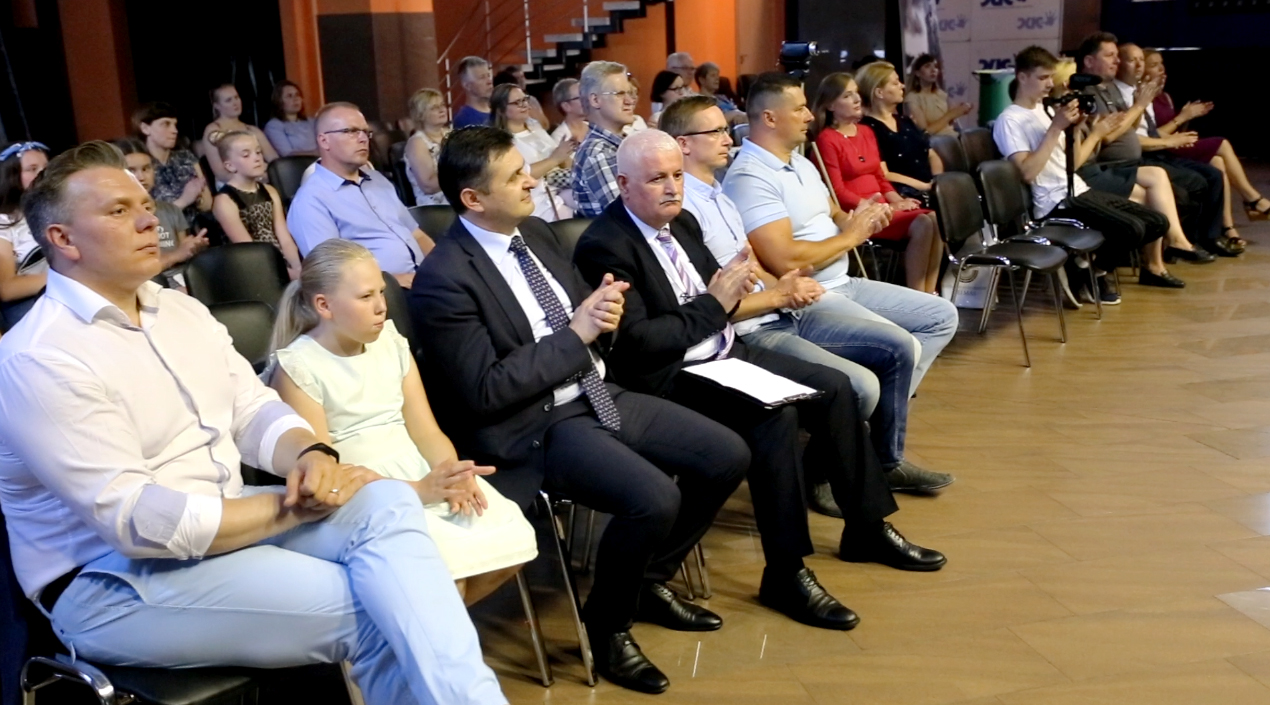 The event was organized by the International Eurasia Press Fund (IEPF), the Druskininkai Police Commissariat and The Center for Youth Employment in Druskininkai.

The representative of the International Eurasia Press Fund (IEPF) in Lithuania, military journalist Richardas Lapaitis, greeted all the guests and announced a minute of silence as a sign of respect for all the victims of the terrible tragedy in Khojaly, which documentary film “Endless Corridor” is dedicated to.

“Today we have gathered for a special event! The film “Endless Corridor” is well known throughout the world and at the international film festivals, but in the South of Lithuania, the film is being shown for the first time. The Khojaly genocide is one of the biggest tragedies of the last century. All Khojaly residents lost their property, lost their home, and the city is still under the occupation. However, none of the perpetrators has been punished, and they are responsible only to their own conscience.” 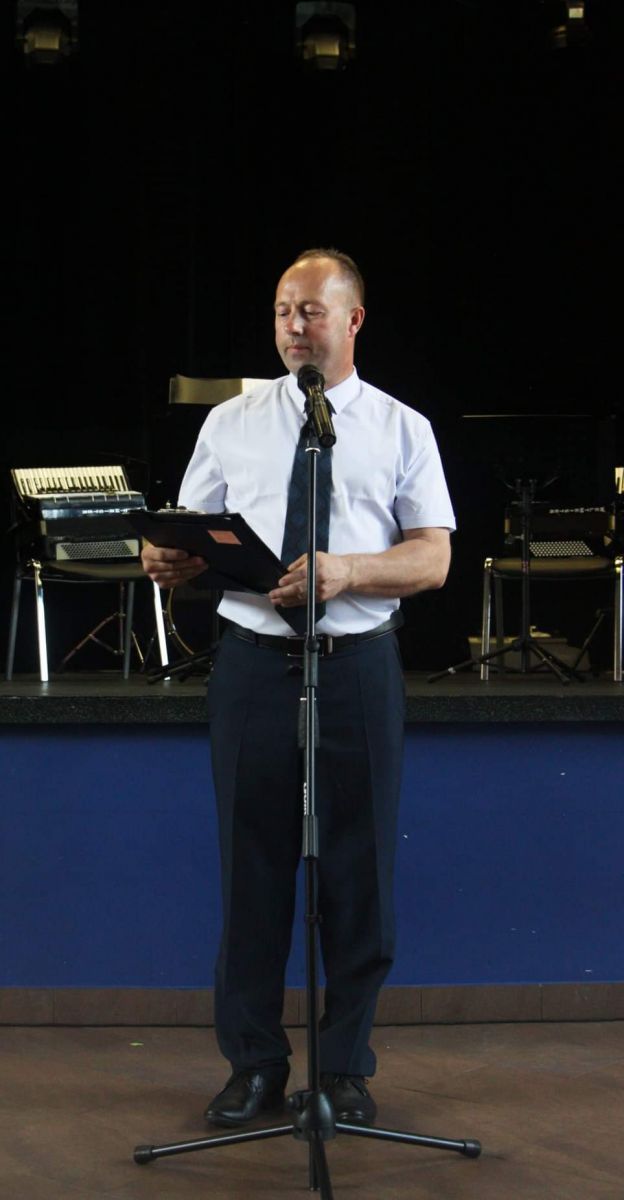 While speaking on the stage, the main producer and director of the film, Alexander Brokas, said that the film tells about the ethnic cleansing carried out by Armenia, about killing innocents.

“The main goal of the entire film is the testimony of the survivors, the stories of the military men, eyewitnesses of events. The film had been making for more than four years with the participation of cameramen from more than 14 countries. “Endless Corridor” in English was voiced by the famous British actor, Oscar winner Jeremy Irons. Believe me, for him it was a very difficult job and even every comma had great importance. I am glad that today there is an opportunity to show “Endless Corridor" in Druskininkai city. Thanks again to Richardas for his tremendous contribution in the film making process.”

After that, the ensemble of accordionists and saxophone players of the Lazdija School of Art “Zingsniai” (Žingsniai), the winners of many republican competitions, performed the composition. And the film began to be shown, which left no one insensitive. Many viewers had tears in their eyes while watching the cruelty, and the bitter torment of innocent Azerbaijani people who became victims of the Armenian and Soviet armed forces.

In his speech, one of the organizers of the event, the president of the IEPF, Umud Mirzayev, told how much it is hard for an eyewitness to re-watch everything that he had experienced.

The film “Endless Corridor” largely covers the situation about the committed acts of vandalism. When I look at these shots, I relive the pain that I felt when I saw the atrocity which civilians were killed, only because they were ethnic Azerbaijanis.” 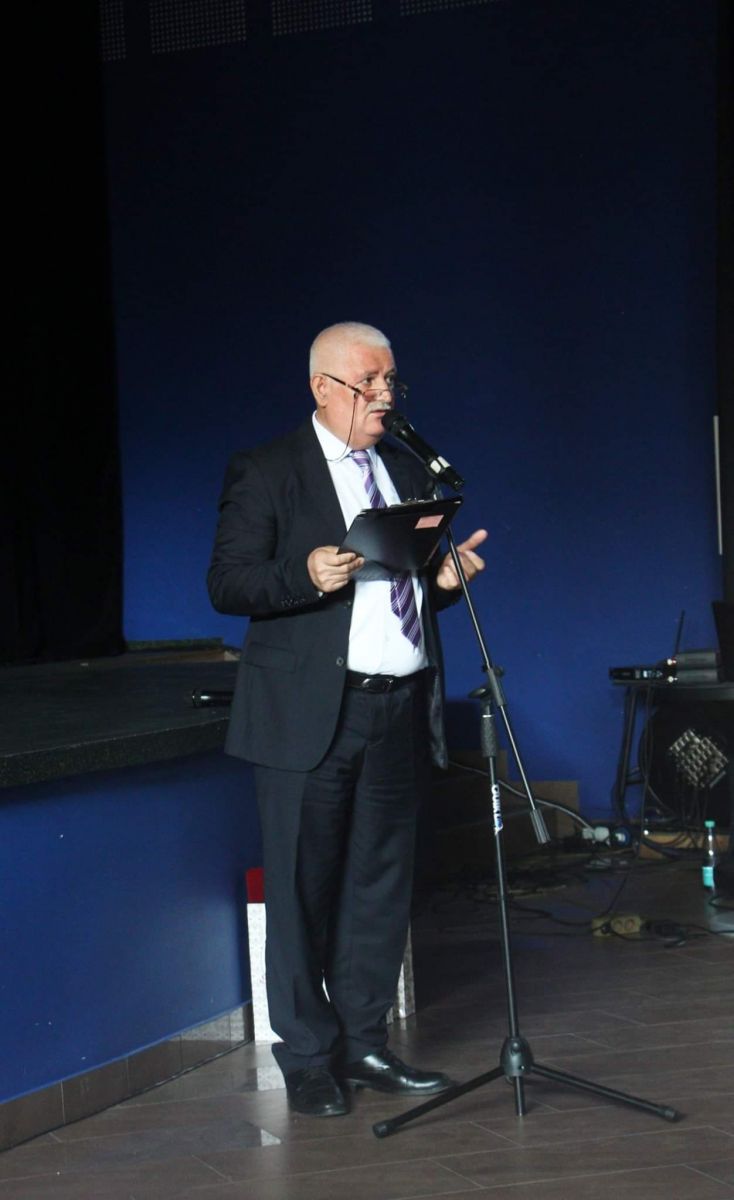 He thanked all the participants, all those who supported the organization of the event and said that screening the film is an invaluable contribution to the idea of ​​promoting peaced in which the dissemination of objective information plays a significant role. 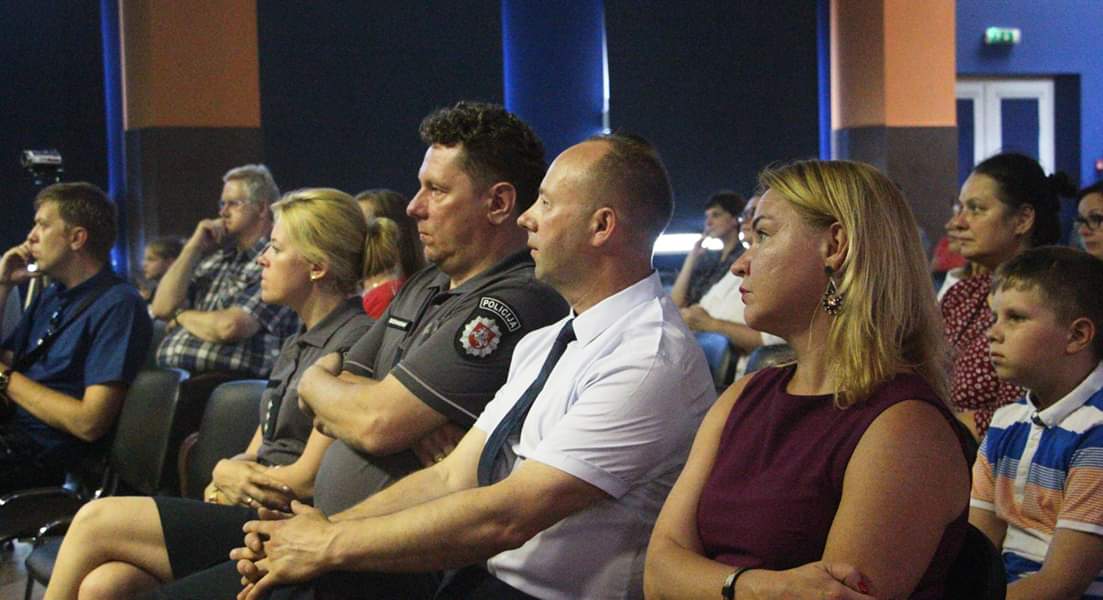 At the end of the event, HIGHEST AWARD "KARABAKH" was presented to Alexandras Brokas and Richardas Lapaitis, for their courage and personal contribution to the dissemination of objective information about the realities of the Karabakh conflict and to peacebuilding process. 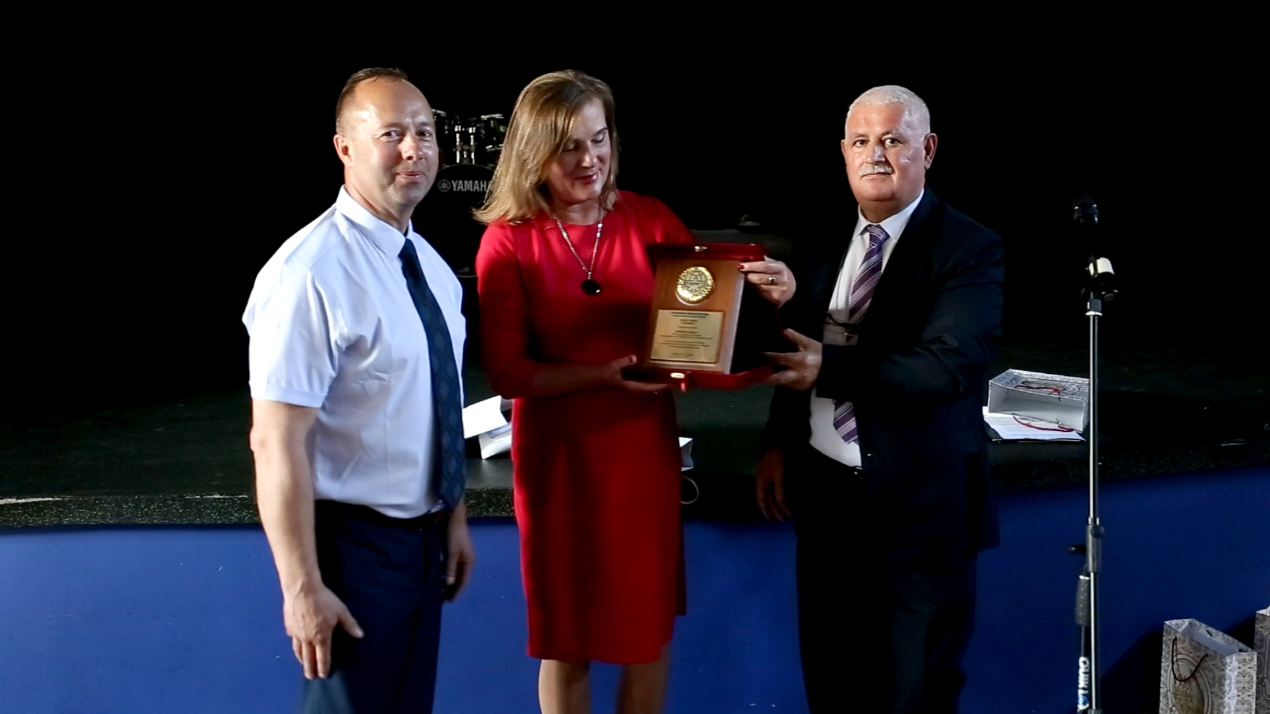 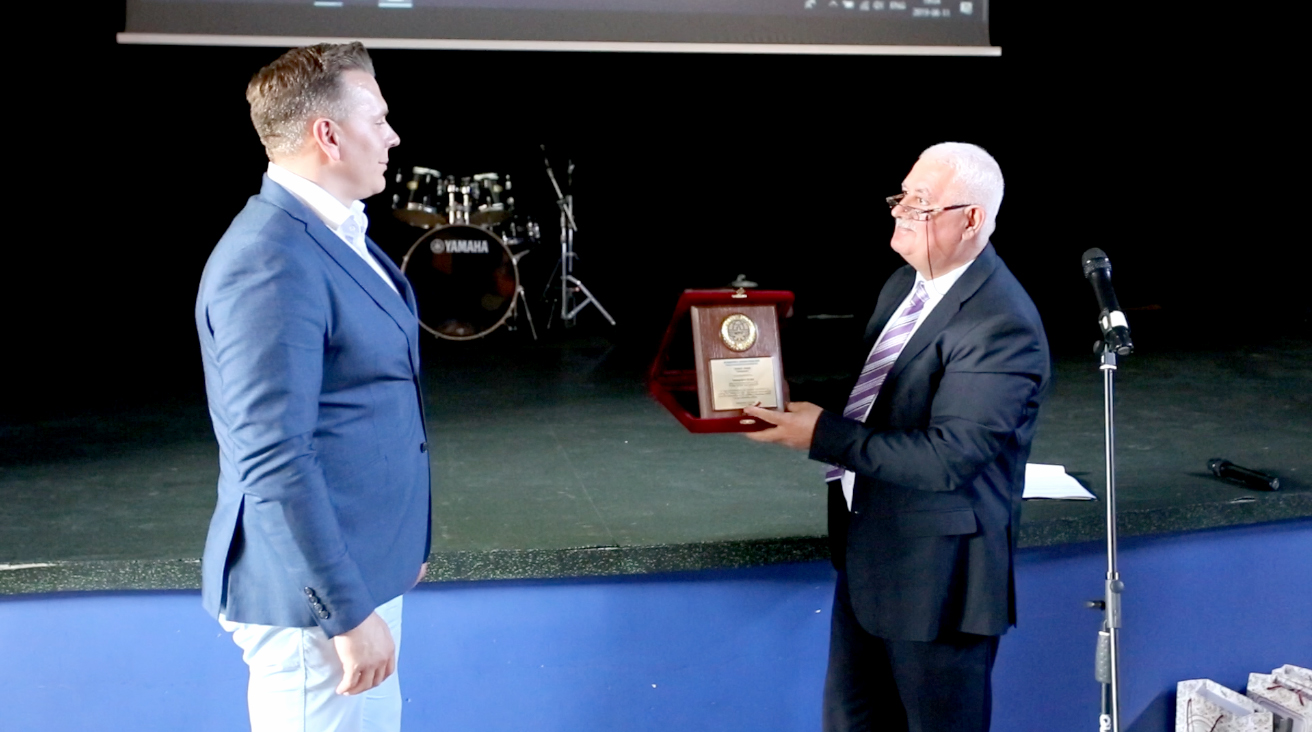 Honorary Diplomas were presented to Gintaras Krasnickas, Head of the Druskininkai Police Commissariat, and Aušra Nedzinskiene, Director of the Center for Youth Employment in Druskininkai, for personal contribution to the dissemination of objective information about the realities of the Karabakh conflict and to peacebuilding process. 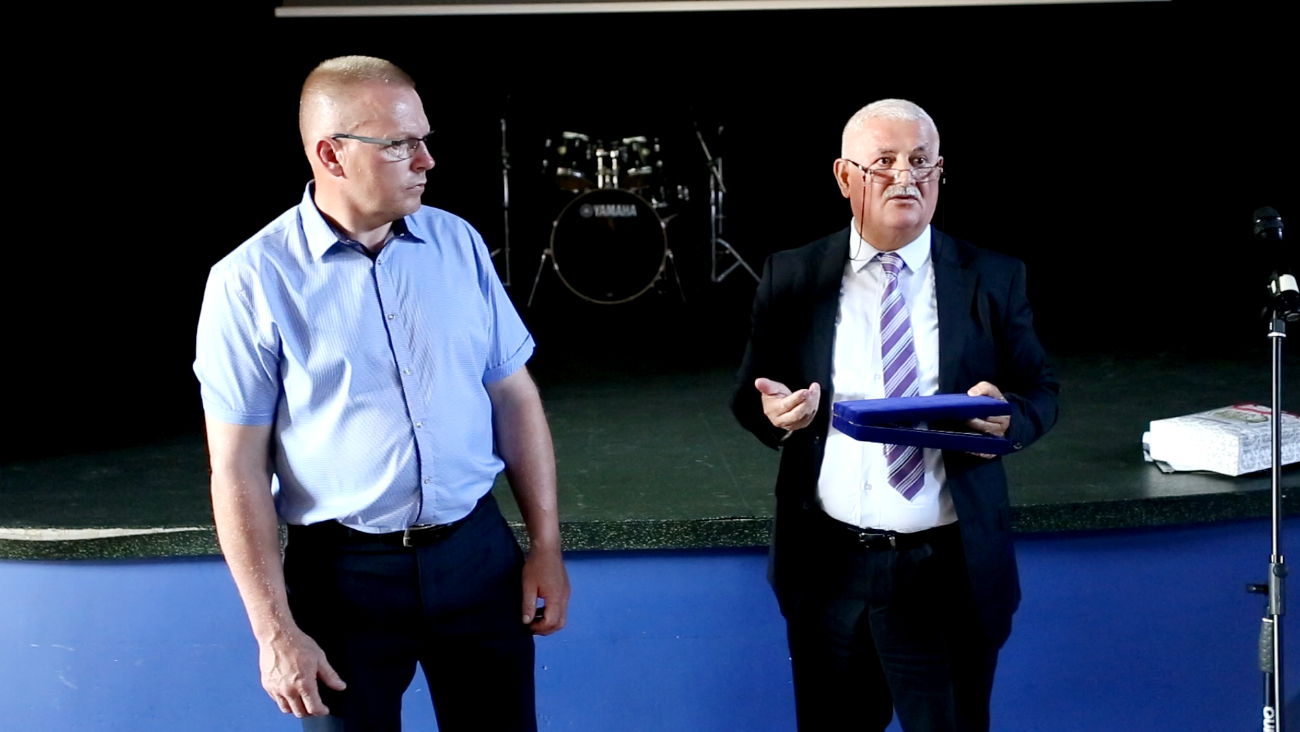 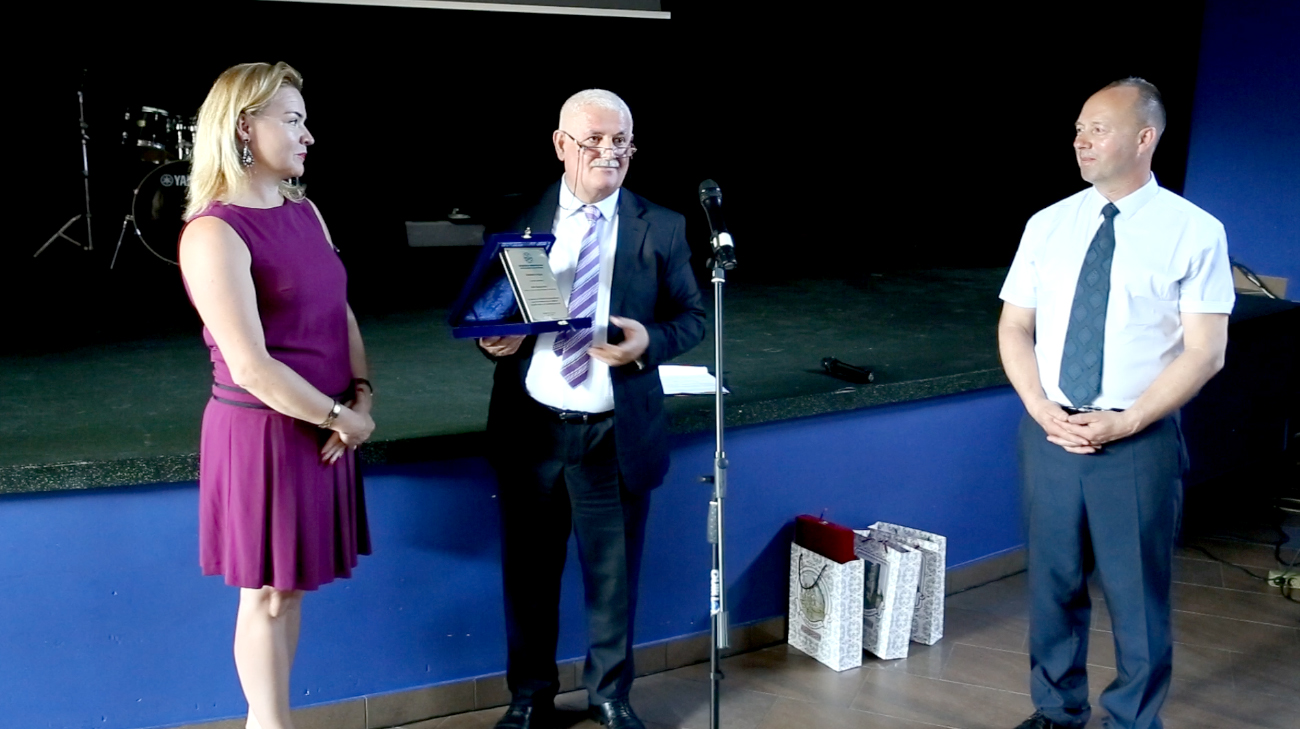 The film was screened firstly on July 1, 2015, at the British Academy of Film and Television Arts (BAFTA). "Endless Corridor" won the "Humanitarian Award" for the nomination of "Outstanding Achievement"  at the "Global Film Awards 2015". The Global Film Awards is presented by the influential American publication Accolade Global Film Competition. The film was recognized as the best documentary and best work of the director of the year at the international film festivals in Madrid and Tenerife.

The presentation of "Endless Corridor" documentary was held by the Vice President of the Heydar Aliyev Foundation, Leyla Aliyeva, within the framework of the promotional campaign "Justice for Khojaly!" in Istanbul, Ankara, Rome, Vilnius, London, Paris, Dublin, Berlin, Bern and Luxembourg. 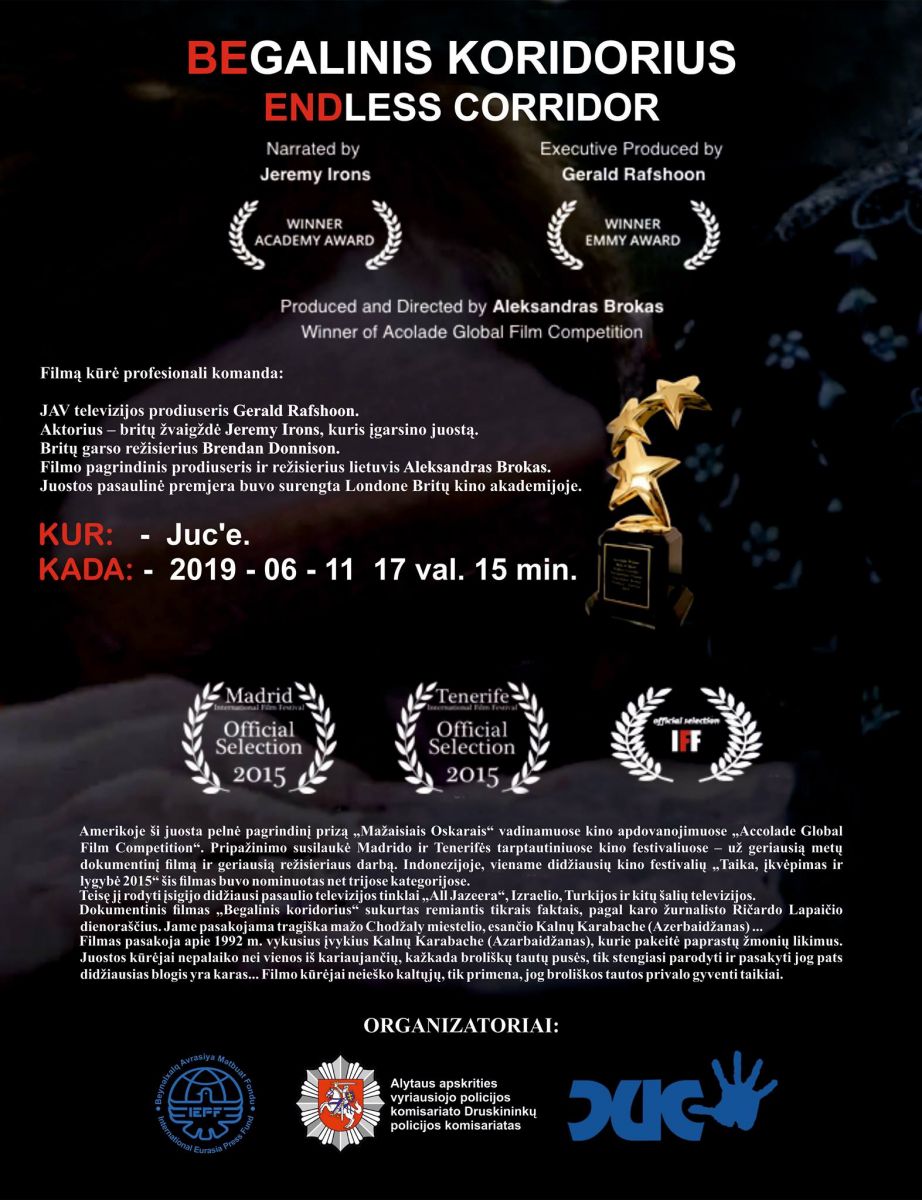